Chat with us, powered by LiveChat
Book Now

Home of the defending champions, Dublin is prepared to explode for Six Nations 2019! Whether you’re in town to catch the action live at Aviva Stadium and need a place to sleep it off or looking to watch with the world on our massive screens throughout the bar, Fitzsimons has you sorted. Our central location in the heart of Temple Bar is ideal for accessing the city and getting the most out of your time here! And hey, we won’t hold it against you if you’re not supporting Ireland. We’ll just know you’re wrong. 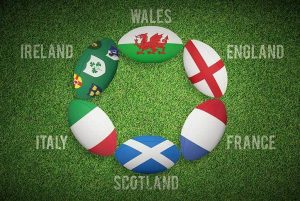 Fitzsimons Temple Bar is proud to, once again, be a venue for Dublin City’s Tradfest! Join us in celebrating Ireland’s traditional music in one of the most historic areas of town! Shake off those January blues and come down for a rousing session with some amazing artists.

The Young Folk primarily consists of a creative triangle with Anthony Furey at its apex joined by Paul Butler and Tony McLoughlin as singer/songwriters of exceptional talent in their own right. The trio are joined by Alex Borwick for most of their live shows enabling TYF to fully flex their musical muscle. The Young Folk are signed to UK’s Pixie Pace Records  – an imprint label of the leading world and folk music label, ARC Music – through which they released their debut album  worldwide, The Little Battle in 2014 which went straight into No 2 in the Dutch charts and top 10 in Irish charts. Their new single – When Morning came – is scheduled for release in Australia early 2017 and is lifted from their new studio album First Sign of Morning.

Their commitment to writing lyrics relating to real issues concerning family, childhood memories and times of great personal value resonate with audiences immediately. The Young Folk are known for their immaculate harmonies and sing tales of times that impacted on their lives with a commitment that is hard to match and easy to fall in love with.

The Young Folk marry traditional acoustic instrumentation, perfect harmonies and contemporary production techniques resulting in a sound which has seen them compared with Fleet Foxes, Bon Iver and Crosby Stills & Nash, and are continually winning over new audiences the world over who are blown away by their fresh take on the Folk genre.

Head over to our event page to get FREE ENTRY by registering on our guest list!